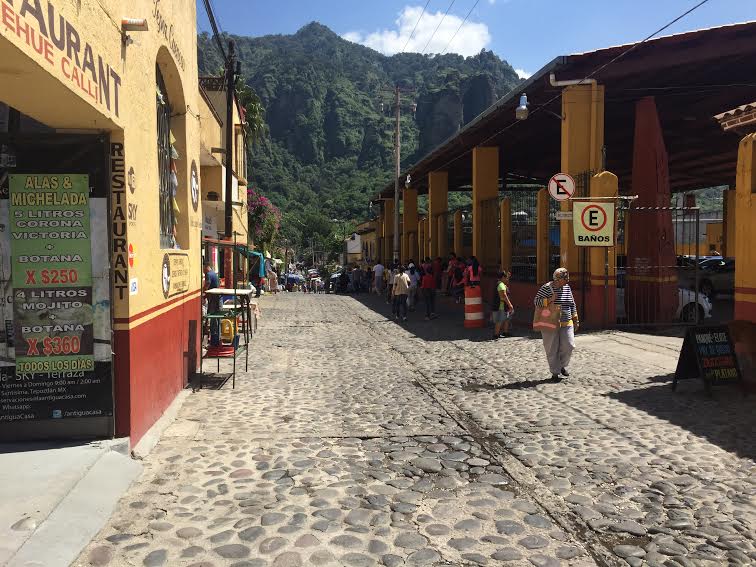 This past summer, I traveled to Mexico in order to participate in the 2015 conference meeting of the Tepoztlán Institute for Transnational History of the Americas. The small but celebrated town of Tepoztlán, Mexico (accessible via a two hour car or bus ride south of Mexico City) has historically served as the site for the annual, interdisciplinary conference. I first attended the Tepoztlán Institute in the summer of 2014 as a graduate assistant to that year’s conference co-directors, which included Rutgers University Professors Yolanda Martínez-San Miguel and Ben Sifuentes-Jáuregui, both core faculty members in the Program in Comparative Literature. The conference theme for the 2014 meeting was “Capitalism from Below.” A week-long conference, the 2015 meeting of the Tepoztlán Institute ran from Wednesday, July 22 to Wednesday, July 29. This year, the conference theme was “Migration and Diaspora.” Over 75 persons attended this year’s conference meeting. The participants represented an even mixture of advanced graduate students and college and university professors (plus some family members) from Canada, the United States, and various countries in Latin American and the Hispanic Caribbean. 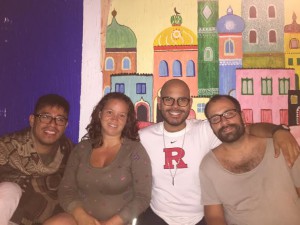 Founded in 2003 by Dartmouth College History Professor Pamela Voekel and Lewis & Clark History Professor Elliott Young, for twelve years the Tepoztlán Institute has, to cite the Institute’s official website, worked to “facilitate an intensive dialogue between North American and Latin American graduate students and junior and senior faculty members.” At each year’s conference, participants come together for “real exchange among US and Latin American scholars—typically a very fraught relationship for obvious reasons; and second, to dispense with the professional politicking that reduces so many conferences to livestock shows.” In short, the Tepoztlán Institute represents a unique, annual, transnational, non-hierarchical and interdisciplinary academic union—one such that actively confronts the ideological and geopolitical dichotomies that often pit the spaces of the Global North against the Global South and that separate theory from practice and research from activism. As a participant of the 2014 and 2015 meetings of the Tepoztlán Institute, I have had the privilege of meeting and working with many phenomenal and generous graduate students and faculty members that I would never have met within the national context of the United States or the disciplinary field of Comparative Literature.

Conference mornings are dedicated to group discussions of the assigned theoretical readings. The theoretical readings connect the conference participants across their disparate academic and disciplinary fields, for these readings serve as the shared intellectual base upon which the conference participants go on to discuss and debate the conference theme and their research. Given this year’s theme of “Migration and Diaspora,” the list of theoretical readings include the work of such scholars as: Edward Said, James Clifford, Julio Ramos, Stuart Hall, Brent Edwards, Juan Flores, Elana Zillber, Inés D’Ors, Pekka Hamalainen and Samuel Truett, Paul Gilroy, Saidiya Hartman, Manuel Delgado, and Shona Jackson. Conference afternoons, on the other hand, are dedicated to paper presentations panels. Since conference participants arrive to the Tepoztlán Institute having already read the work of the other paper presenters, presenters are able to utilize their time to do so much more than simply read their work out loud to a potentially cold audience. Instead, the panels take the form of two-hour workshops where the designated presenters are able to receive generous and substantive feedback and criticism from other conference participants.

My panel was scheduled for Thursday, July 23 (the first full day of the conference), and I was fortunate enough to present alongside a good friend of mine, Joan Flores, a current Ph.D. candidate in the NYU History Department. Our panel was titled “Archive Matters / Cuestiones de archivo.” Joan presented a working paper titled “‘Freak Letters’: Finding Diaspora in the Imperial Archive,” while I presented a paper titled “Basement Refrigerators, Cassette Tape ‘Letters’: Reading the Domestic Caribbean Archive in Simone Schwarz-Bart’s Ton beau capitaine (1987) and Junot Díaz’s The Brief Wondrous Life of Oscar Wao (2008),” My paper represented a draft of the first half of my first chapter of the dissertation project. University of Massachusetts History Professor Sarah Cornell served as our panel moderator, while Georgetown University Professor of English Ricardo Ortiz, Augustan College Professor of Spanish Araceli Masterson and University of Pennsylvania Professor of English David Kazanjian served as the three respondents. After Ortiz, Materson and Kazanjian delivered their respective comments, the conversation transitioned to a dynamic intellectual exchange between me, Joan and the other twenty-plus attendees.

Without the fear of judgment or ridicule (something that seems almost impossible to avoid at other national literature conferences), I was able to use my time at the 2015 meeting of the Tepoztlán Institute to openly discuss my concerns regarding the scope and direction of my first dissertation chapter. With my panel respondents and attendees’ feedback in mind, I am now working on completing the second half of the first chapter of my dissertation, which represents an analysis of scenes of domestic archiving in contemporary Caribbean literature through the lens of contemporary archive theory. I am now looking forward to showcasing my research at my Program in Comparative Literature graduate student colloquium presentation, which is scheduled for the evening of Tuesday, November 3, 2015. Until then!