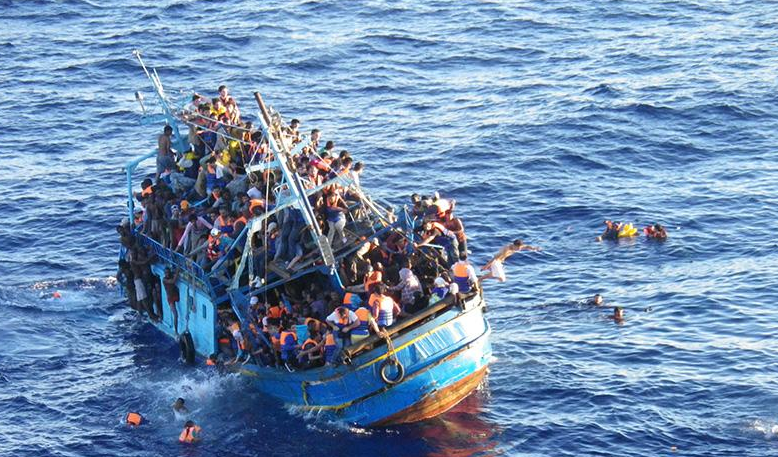 On Friday, October 16, Rutgers University hosted a one-day symposium focused on the current migration crisis in the Mediterranean. Sponsored by several departments and programs in the School of Arts and Sciences, the symposium brought together scholars, activists, journalists, and visual artists from several institutions and locales in order to address an unprecedented humanitarian crisis, in which millions of people, mainly from Africa and the Middle East, are fleeing from political oppression, civil war, and economic depression. In trying to understand the complexity of this crisis, despite the reduction of media representation, the speakers engaged with political, historical and epistemological implications, which expose, with tragic clarity, unresolved questions related to colonialism, neoimperialism and European identity. 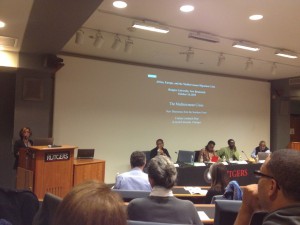 The first session, titled “Histories, Causes, and Contexts of the Current Crisis,” addressed the genealogy of the crisis and its current implications. Cristina Lombardi-Diop (Loyola University) focused on the notion of the border and on its shift from a mere geographical category to a locus of epistemological and spiritual negotiations in the experience of African migrants. Ousseina Alidou (Rutgers University) stressed the importance of global and local networks of solidarity to oppose the structural violence to which African youth is continuously subjected. Amadou Kane-Sy (artist and activist) discussed how, through his art, he tries to rearticulates geopolitics of knowledge, and to denounce neoliberal policies in countries such as Senegal and Congo. Kassahun Checole (publisher of African World Press Inc.) placed his own migrating experience within the broader history of Eritrea, a country that, despite its relative smallness, thousands of people leave every day to escape from a brutal military regime. 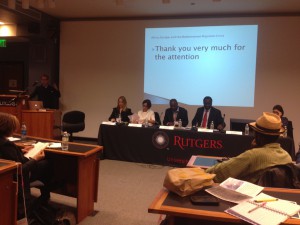 The second session, titled “Contemporary Trajectories,” was introduced by Rhiannon Noel Welch (Rutgers, Italian Department), the main organizer of the symposium. The first speaker was Cristina Giordano (UC Davis), who explained how ethno-psychiatry can help us illuminate the incompatibility between the temporality of trauma experienced by migrants and the temporality of the state and of biomedical categories. Harouna Muonkaila (Abdou Mounouni University, Republic of Niger) focused on the trans-Saharan routes, stressing how the externalization of European migration policies in central Africa is reinforcing inequalities, exploitation, and illegal smuggling of migrants. Jean-Baptiste Sorou (Gregorian University of Rome and University of Tanzania) retraced the history of decolonization in the African continent and maintained that only education and cultural projects (in which he himself is involved) can guarantee a future for Africans in Africa. R. Daniel Kelemen (Rutgers University) discussed how the European Union is (mis)managing the crisis and explained how the current policies the EU is trying to enforce are a response to a structurally unsustainable situation. Ayten Gündoğu (Columbia University), drawing on Hanna Arendt’s notion of “stateliness,” proposed that the current crisis, by exposing the borders of humanity, has shattered the façade of the European project and has revealed its true politics of “expulsion from humanity.” 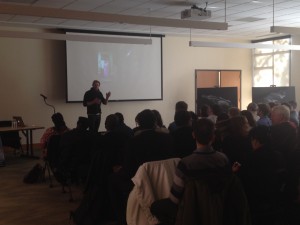 An art exhibition and a discussion with two visual artists concluded the symposium. The participants had the opportunity to see the works of Amadou Kane-Sy and Nikolaj Bendix Skyum Larsen, whose art addresses the affective consequences of migration through photography, video production and installations.