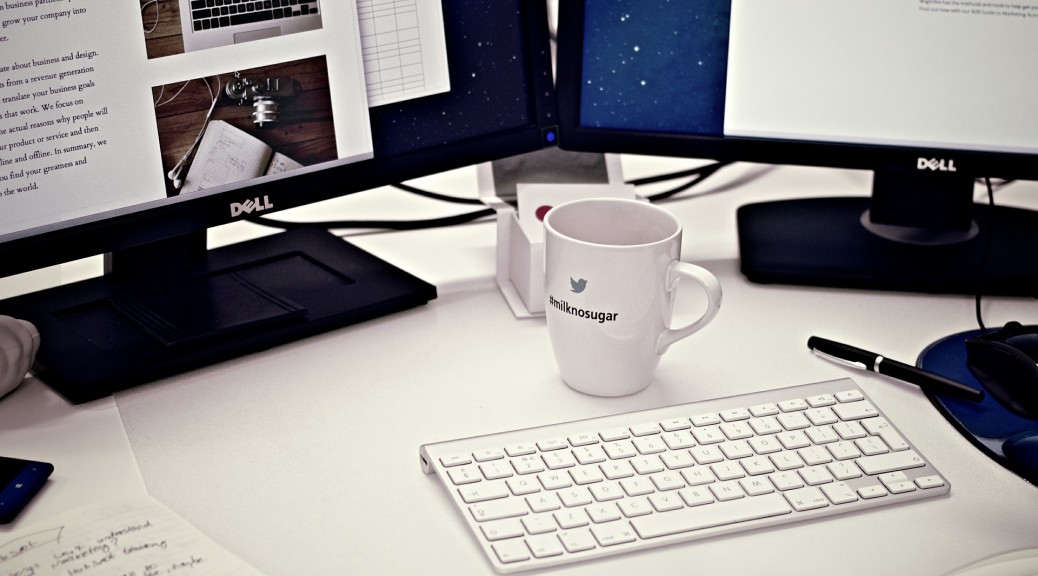 Digital Humanities is a field at least as broad and as loosely defined as, well, the humanities of non-digital kind. The opening celebration for Rutgers Digital Humanities Lab took place on October 29th at Alexander Library. The Lab itself is a modest space with a conference table and five iMac workstations loaded with fascinating tools going by arcane sounding (at least to me) names such as “R”, “QGIS”, or “Gelphi” (tutorials are available at the DH page at the library.  However, the Digital Humanities initiative is, of course, about much more than space and software. At the October event, the word “community” could be heard a lot, and as scholars from various fields introduced their projects in brief talks, the enthusiasm in the room was palpable.

The talks, by researchers from several Rutgers programs, showcased the sheer vibrancy of the field. Dr. Samantha Boardman (American Studies, Rutgers-Newark) demonstrated pedagogical applications for digitized oral histories of African Americans who came to Newark during the Great Migration in 1910-1970: undergraduate students collaborated with professional artists on creating exquisite glass books based on the stories while graduate students learned about summarizing and indexing oral histories and developed undergraduate curricula. Another digital preservation project presented at the event is still under way; it is devoted to making images of Roman coins from the Ernst Badian collection available online, with each coin photographed at seven different angles. Such cutting edge applications as data mining, geospatial mapping, and network analysis were represented in several talks, one of them by Dr. Andrew Goldstone (English, Rutgers – New Brunswick), from whose Literary Data seminar several enthusiastic students were in attendance.

As is frequently the case with humanities, the conversation often extended beyond technical matters. Thus, Dr. Andrew Urban’s (American Studies, Rutgers – New Brunswick) talk about his work studying exclusion of Asian Americans in the 1950s touched on the importance of responsible curation of online content, such as unattributed historical photographs that often propagate, their provenance forgotten, from one website to another. Problems such as this one is perhaps as important a motivating factor for joining the elusively defined “DH community” as the need to meet people who might help one make sense of programming tools like “QGIS” or  the “R” that, intimidatingly, does not stand for “Rutgers”.

It may be worth noting, in closing, that at the annual convention of ASEEES (Association for Slavic, East European, and Eurasian Studies), from which I have just returned, the roundtable on Digital Humanities was by far the most popular session among all that I have attended. In a rather unusual development for ASEEES, with its forty or so panels running in parallel, the room did not have enough chairs for scholars in all things Slavic, Eastern European and Eurasian who wanted to become part of the digital action. When the organizers passed around a low-tech notebook collecting addresses for the e-mail list, I signed up. As far as I could see, so did everybody else.

One thought on “Digital Humanities at Rutgers and Beyond”