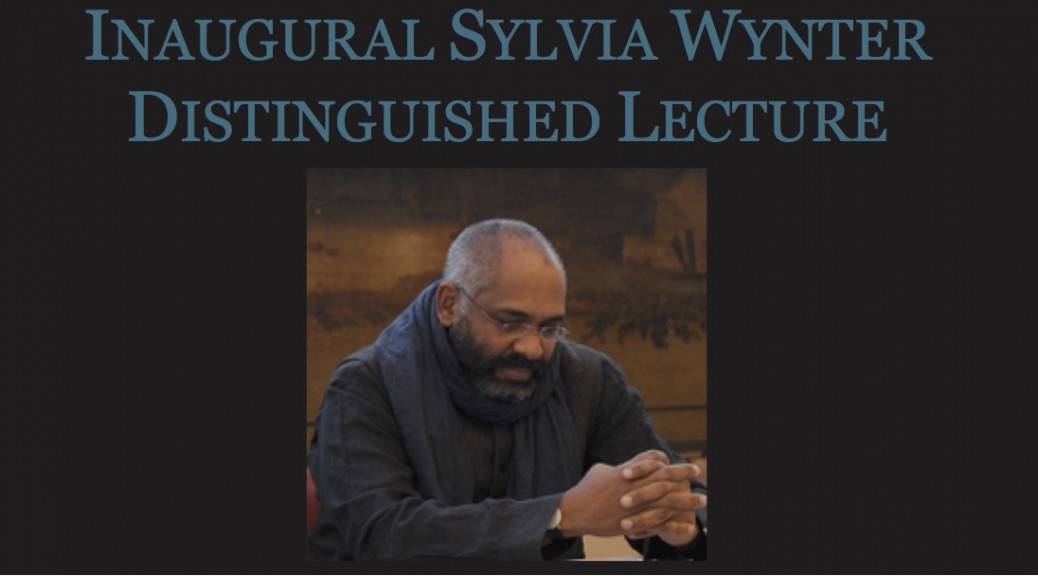 On February 26, the Rutgers Advanced Institute for Critical Caribbean Studies (RAICCS) celebrated its new status as an institute with the inaugural Sylvia Wynter distinguished lecture. Carter Mathes opened the event by discussing the new status of RAICCS. Dean Peter March also delivered a welcome message. Then, the audience watched a video about the history of the institute, which provided an overview of its programs including research, teaching, postdoctoral fellowships, and visits from scholars, artists, and performers. The video also outlined future directions for the center, including its upcoming graduate certificate.

David Scott, professor of Anthropology at Columbia University, presented his lecture “Michael Manley and Political Will.” The lecture focused on Michael Manley’s book Politics of Change: A Jamaican Testament published in 1974, during his first term as Prime Minister of Jamaica. Although this text is usually read in light of Manley’s later career, Scott urged the audience to set aside the familiar lens of tragedy. Instead, he focused on how Manley constructs his political will in this text and argued that an attention to political will is valuable in our current political climate which seems so distant from Manley’s. He ended the lecture by considering this earlier age as an intellectual inheritance. He asked the question of how we can both claim and be claimed by this inheritance. David Scott in conversation with Yarimar Bonilla and Carter Mathes

After the lecture, Yarimar Bonilla and Carter Mathes responded to Scott’s presentation. Bonilla drew connections between the political moment Scott described and three other contexts: Guadeloupe in 2009, Puerto Rico during recent debates about the island’s political future, and the United States during the current election cycle. Bonilla questioned how the concept of political will could inform our understanding of all three contexts. Mathes considered how Manley’s book was initially read in the United States and made connections with other figures like Martin Luther King Jr. and Peter Tosh. He also compared the narrative Manley constructs in Politics of Change to related literary representations including Sylvia Wynter’s Hills of Hebron and Marlon James’ A Brief History of Seven Killings. These responses were followed by a broader discussion with the audience.