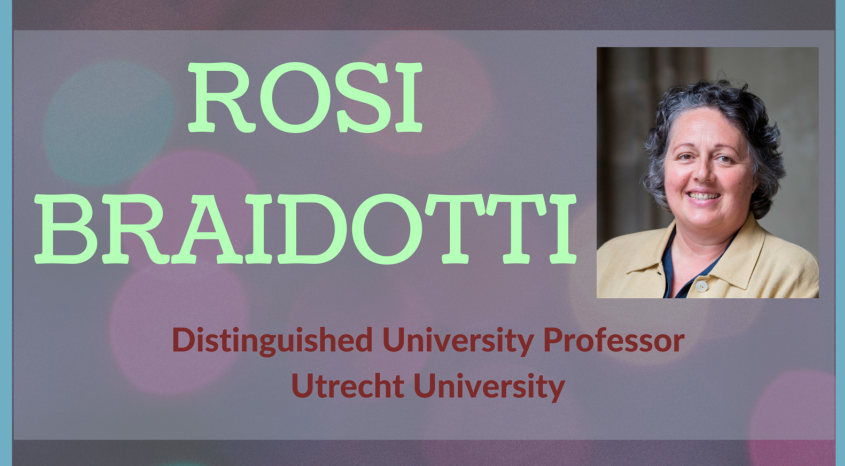 On February 18th, the Institute for Research on Women, Gender, and Sexuality at Columbia University hosted the fascinating and influential feminist philosopher Rosi Braidotti, who lectured on Posthuman Feminism. The backdrop to her talk was her classic feminist text Nomadic Subjects (1994, extensively revised in 2011), as well as her latest book The Posthuman (2013). But rather than focus on these texts, the first half of her lecture centered on the feminist genealogy of this term and how it is we got to this present, troubled moment of the post-human. In other words, what were the historical forces that impelled us to move away from Eurocentric humanism that configured the human vis-à-vis White Bourgeois Man. She correctly asserted that we lack a set of terminology for thinking beyond the “human” and how this further problematizes humanity’s future. The second half of her talk focused on recent and creative feminist responses to this problem of the human, which included Sue Austin’s Deep Sea Diving and Lu Yan’s Uterus Man.

Despite having read both of Braidotti’s texts cited above and finding them interesting, I was not sure what to expect from her lecture, but I was pleasantly surprised. She was engaging, energetic and funny, and throughout her lecture was aware of her embedded, embodied and situated location as a European feminist, which I found refreshing. She remains a complete and unapologetic Deleuzian focused only on the disturbing present and readily admits that she has no will or desire for thinking futurity or utopia. For the Q&A after the lecture, I voiced my concern and discomfort with the very term “post” human, and how it mimics and reifies humanism’s expulsion of so many people from the category of the human. Later, she thanked me for the warm intelligence I had brought to the table, and I likewise found her incredibly warm and fiercely intelligent. While I may not agree with everything she had to say, I know for sure her heart is in the right place and fighting the same fight against the dehumanization of the nonwestern world (along with western women) by the colonizing mind. I look forward to hearing her speak again.