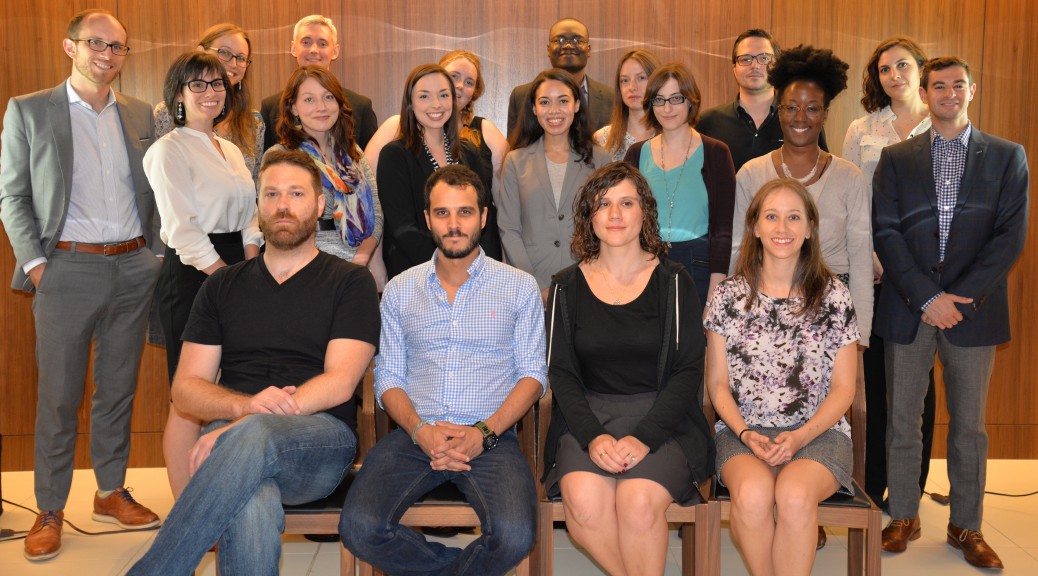 Tara Coleman is a Ph.D. candidate in Comparative Literature currently finishing up her dissertation on lyricism in contemporary Chinese-language film and poetry. She participated in the inaugural Connected Academics Proseminar this year and attended the MLA convention in January as a representative of the seminar. She is eager to share some of what she has learned, so we thought we would start by asking her a few questions. This is the first part of our interview.

What is the MLA Connected Academics Proseminar?

Connected Academics is a new initiative of the MLA which seeks to broaden the range of professional trajectories on the radar of graduate students. By improving connections between PhD-holders in different fields, they also hope to better integrate work in the humanities from different sectors. It is essentially the MLA’s “alt-ac” group, but they prefer to talk about “career diversity” over “alt-ac,” because “alt-ac” is a bit of a problematic term. Most people use it to refer to alternative academic careers (like working in a university library rather than as a professor) though some use it to refer to alternatives to the academic path altogether (like working in publishing). Whichever way you use it, there has been a lot of pushback against the implication that these careers are “alternative” or “non-traditional” when we know that around half of PhD graduates in the humanities work off of the tenure track, either in a non-tenured university position or outside of academia altogether. Plus, “alt-ac” implies that these careers are a “Plan B,” as if everyone wants a tenure-track job at an R1 university, when that is not always the case.

This year I was part of the Connected Academic project’s first proseminar, which provided PhD students and recent graduates the chance to explore career options firsthand. There were around 20 of us, all from the New York metro area. We applied last summer (the application for next year’s proseminar is due by June 1) and we met six times over the academic year. It was such an empowering and affirming experience, and it helped me stay sane while I was on the academic job market. Although many of us felt a lot of anxiety and frustration about our job prospects at the beginning, it was great to think about options and consider what we really want out of our professional lives, whatever we end up doing. It’s also helpful for those who do land tenure-track positions to be aware of these things for when they advise students of their own down the track.

Each proseminar session met at a different organization in NYC and began with a panel made up of people with humanities training who work there. The panelists talked about what they do, how they got there, and how we might pursue a similar position. The sessions also included short workshops in which we learned specific skills related to the job search, like networking, reading job ads, writing resumes (as opposed to CVs), etc. We broke up into smaller groups for site visits to additional locations and we each conducted a few informational interviews with people in positions that interested us. We shared what we learned through blog posts.

What kinds of places have you visited and what kinds of people have you been able to get to know through your involvement with the proseminar?

Sites included the CUNY Futures Initiative, the New York Public Library, Bard High School Early College, the Frick Collection, the Association of American Publishers, NYU Press, Ithaka S+R (a nonprofit consulting firm for the academic community) and a few different humanities centers and foundations. In addition, I met quite a few alt-ac people at the MLA convention, where two poster-style sessions allowed attendees to just go up and chat with people about their careers.

We met people in all stages of their careers, with degrees from various language and literature fields (and a few historians too). Everyone’s story was different, but they all had to explore and try things out before figuring out what worked for them, and they all had to be open to a certain element of chance and circumstance. They were always encouraging and willing to be a resource for anyone who wanted to further pursue a career in their area. It was especially helpful to hear from people who had recently graduated, because they had practical advice on how things work now. For example, we heard from someone who found out about a postdoc on Twitter and had an interview before the position even appeared on the traditional job list.

Mostly, I think the best contacts I have made have been with the other seminar participants. They are a really inspiring group. Many of them have a range of work experiences and skills in addition to their academic training, and we developed a strong camaraderie in our short time together.