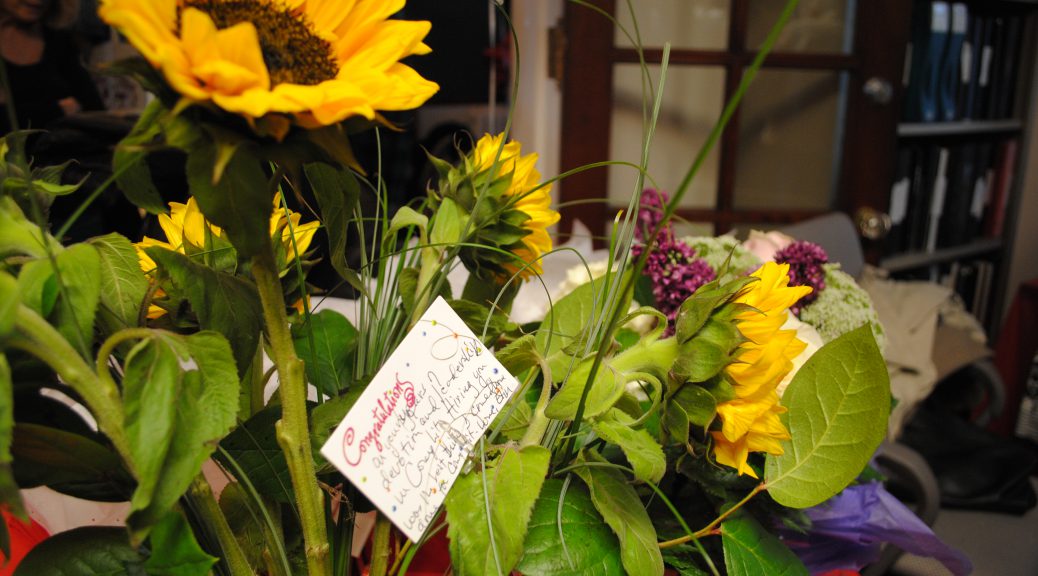 Around two o’clock in the afternoon, the Comp Lit House on 195 College Ave. was already filled with a happy crowd of people. Students, faculties, families and friends greeted and talked to each other in a relaxing atmosphere over delightful refreshments. Balloons and decorations were everywhere, making the house even more homelike and welcoming.

Towards half past three, the celebration of graduating comp lit students began. Graduate director Prof. Andrew Parker announced graduating comp lit majors and minors first. Among four majors and 11 minors for the year 2016, Nicoletta M. Romano received highest honors for her dissertation titled “Exploring the Contemporary Phenomenon of a Postcolonizing Italian Reality through la letteratura migrante,” while Naser Albreeky and Catherine He received Honors degree for their respective dissertations “Poetic Forms, Daring Allegorization, and Contrasting Histories: All-Andalus and the Sephardic in the Poetry of Darwish and Lorca” and “The Nature of Language and East-West Dialogue.” Afterwards, graduating MA candidate Melina Gills and PhD candidate Ben De Witte were also awarded and commended for their hard work at comp lit. Graduating students received their diploma and special comp lit graduation souvenir packages from prof. Parker, as well as rounds of warm applause, toasts and best wishes from all that were present to share this unforgettable moment.

The year 2016 is not only marked by the 250th anniversary of the university, but also by major changes in comp lit. For the department will have to say goodbye to both the pleasant old house at 195 College Ave. and our retiring beloved faculty and friend Marilyn Tankiewicz, who has been working at comp lit for more than 10 years and has won the heart of all who have studied and worked here. We will remember all the happy hours spent at comp lit this past year, and we look forward to much more to come in the future.