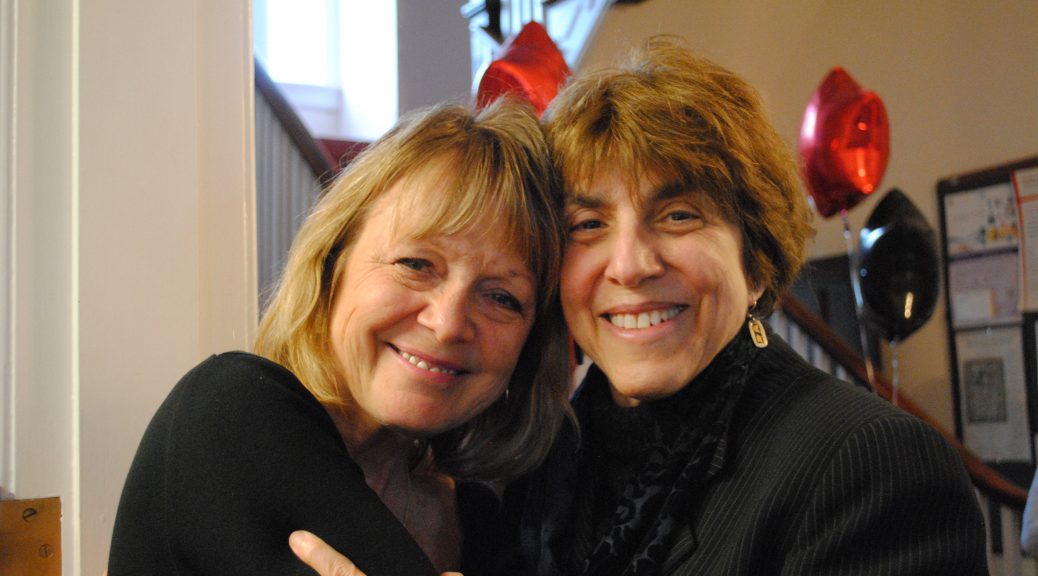 In the picture: Marilyn Tankiewicz (left) and Professor Elin Diamond

I had the privilege of sitting down to speak with Marilyn Tankiewicz, Administrative Assistant at Comp Lit, before her retirement in July and asking her about her experience at the university. Marilyn began working at Rutgers in 1990 in the libraries, where she did payroll and administration. Then, she worked briefly in the Chemistry department, before coming to Comparative Literature. After working in various parts of the university, Marilyn became an excellent source of advice for graduate students about how to navigate the university, and her guidance is greatly missed. Before leaving, she offered us two pieces of advice: “Be patient. Understand that whatever mistakes get made, they can be fixed,” and “You get more done by talking to someone in person.” She says that when you need a problem resolved, try to go to the person’s office, instead of sending an email.

While working at Rutgers, Marilyn earned her bachelor’s degree in Women’s & Gender Studies. She said, “It was a good major for where I was at that time in my life.” After staying home to raise her children and take care of her parents, Marilyn brought a different perspective to discussions than many of her classmates who were just out of high school. She looked back fondly on the experience of working with a diverse group of classmates. Marilyn also minored in Psychology and Labor Relations, which allowed her to develop her interests in those fields. She described graduating with honors as one of her proudest moments, and she celebrated with family members who threw her a surprise graduation party.

Marilyn said she would miss working at Comp Lit. Her favorite part of her job was watching new students come into the program. She enjoyed seeing how they gradually became more comfortable as they developed over their time at Rutgers. However, she was very excited for her upcoming retirement. She plans to travel with her husband, enjoy hobbies like painting and playing golf, and volunteer at a local hospital. She also hopes to start a book club. We thank Marilyn for all of her help over the years, and wish her the best of luck with her plans for retirement—especially the book club!