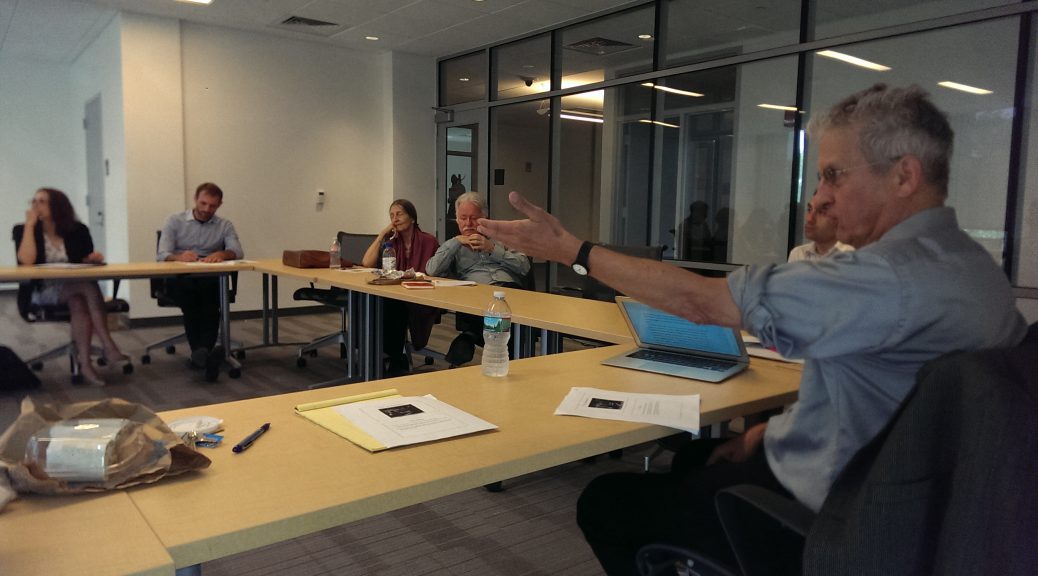 Professor Louis Sass (Rutgers GSAPP, Clinical Psychology) delivered the first Brown Bag Lecture of the year on “Lacan: The Mind of the Modernist”, much of the material of which came from his 2015 essay by the same name, published in Continental Philosophy.

Prof. Sass’s lecture was primarily aimed at providing an intellectual portray of Lacan by focussing the incorporation of modernist perspectives in the French psychoanalyst’s work. As a contrast, Professor Sass provided a background on Freud, who was anchored in a pre-modernist vision and was much more Cartesian and Kantian in his approach. Lacan, on the other hand, was far more skeptical of the naturalist preferences associated with Freud, and chose instead to transform as well as supplement the latter’s work.

The lecture focussed on two general issues with regards to Lacan’s work: the first being Lacan’s appreciation of the paradoxical nature of the human experience, as demonstrated by his concepts of the Self as well as that of Desire. The second issue was that of “transcendental subjectivity” in Lacan, consisting of the “Imaginary”, the “Symbolic”, and the “Real”, which together make up his Triad of Registers. In trying to offer a synthesis of both the dynamic and the ontological dimensions of the human condition in his idea of the conflicted yet interdependent Registers making up his Triad, Lacan also demonstrates a need to be understood in Heideggerian terms.

In contrast to popular belief, Prof. Sass’s lecture also repeatedly emphasized Lacan’s affinities with phenomenology, contradicting the widespread belief that Lacan is a deeply anti-humanist thinker. Rather, Lacan’s work seems to demonstrate an influence of hermeneutic forms of phenomenology, following Heidegger’s ideas on the ontological modes of Being.