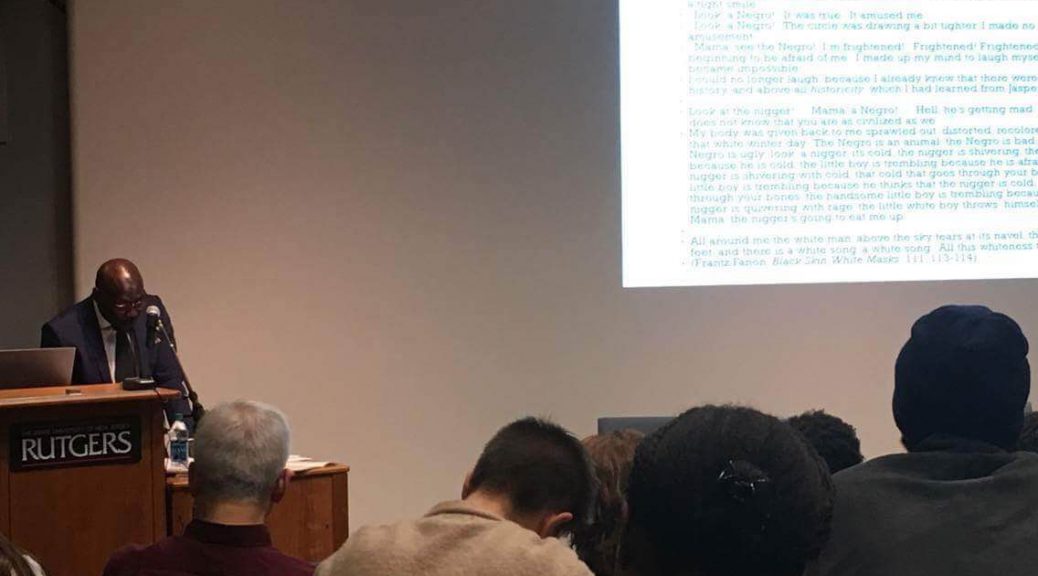 As part of AMESALL’s Distinguished Speaker lectures, Ato Quayson gave a compelling talk on the topic of second thoughts in postcolonial fiction. He began by showing a clip from the Indian film The Lunch Box (2013) that features a middle-aged man contemplating his image in the mirror. He lingers and appears to scrutinize himself doubtfully, as if he does not recognize himself. We then hear his inner monologue where he describes sensing the smell of his deceased grandfather, and he wonders if it is not his own smell that he has detected. Indeed, he wonders if he has not grown old. This moment of self-reflection, doubt, and misrecognition is Quayson’s departure point on what he will elaborate as the thought-image-affect nexus.  For Quayson the scene exemplifies a moment of interpellation where the man feels himself being hailed by the memory of his grandfather, and this memory confirms for him his old age. Quayson persuasively described–through close readings of Henry James, African literature, and Fanon–what he calls the “viscerality of thought,” that is, the way that inner dialogue can produce thought affliction. His concluding reading of Fanon’s famous scene of interpellation as a Negro in metropolitan France highlights his investment in readings that engage the body, affect, and inner dialogue. He asserts that Fanon’s theory occurs through moments where his black body is not simply interpolated by the other but becomes “discombobulated” by such hailing. He essentially calls for reading Fanon and others as writing a theory that emerges from the body and takes place through a reflection on subjection as it occurs in the reiteration of repetitive encounters, where experience and its interpretation occur simultaneously and “generate a discursive delirium.” Exploring postcolonial film, fictions, and theory ranging from Lacan to Fanon, Quayson’s talk was thought-provoking for those of us interested in psychoanalytic, postcolonial, and affect theory.