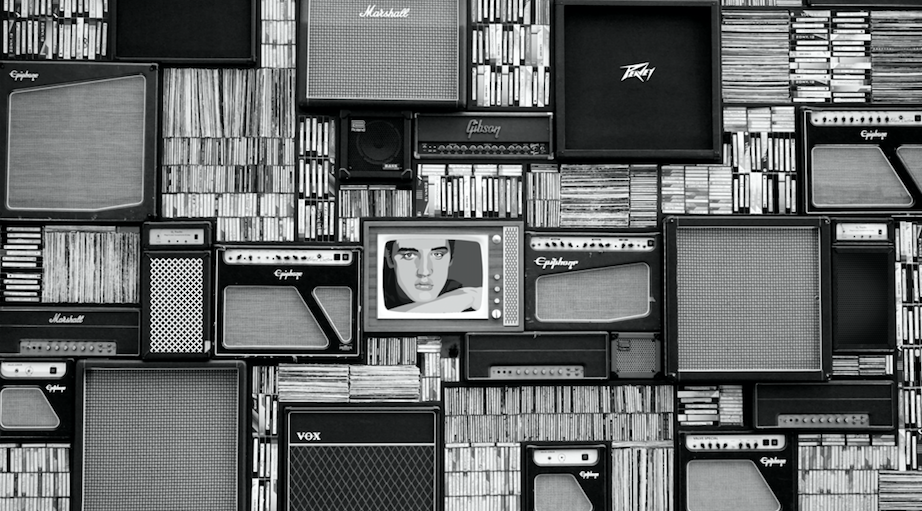 On the morning of February 22nd, the sound studies reading group held its second meeting on the sixth floor of the Academic Building. Led by Prof. Carter Mathes from the English department, Prof. Eduardo Herrera from Musicology, Prof. Andrew Parker from Comparative Literature and Prof. Xiaojue Wang from East Asian Languages and Cultures, the reading group gave graduate students from Rutgers a chance to think and discuss together key issues concerning the emerging field of sound studies from a multidisciplinary perspective.

During the discussion, professors and graduate students from different disciplines contributed their unique perspectives and offered up new ways in thinking about sound related subjects. When discussing the wireless nature of radio, Prof. Wang pointed out that during the early years of Chinese diaspora radio served as a means to unite different dialect-speaking Chinese communities through broadcasting the same material in different Chinese dialects at different timeslots during the day. Prof. Parker brought up the nostalgic tone of Walter Benjamin’s “The Storyteller” and proposed a none-logocentric reading of broadcasted sound. As a nice segue into the next key word “religion”, Comparative Literature PhD candidate Virginia Conn noticed that church services in foreign languages sometimes bring up similar feelings in people and noted the difference between “religious” and “spiritual” reactions towards sounds. Connections are also made between different keyword entries. When looking at the word “silence”, Prof. Herrera reminded us to think back at other entries like “deafness” and “echo”. The new sound projecting as well as active noise cancellation technologies open new possibilities for us to reflect on the critical relationships between silence, sound and noise.

The meeting concluded with a catered lunch from Delhi Garden, during which discussions continued in a casual atmosphere. The remaining two meetings of the group for this semester will take place on March 22 and April 26 respectively, with more focus on how scholarship on sound studies informs and inspires individual works of group members. Anyone who is interested in the topic and would like to join the conversation should reach out to Prof. Carter Mathes, who will be arranging individual presentations for the next meeting.