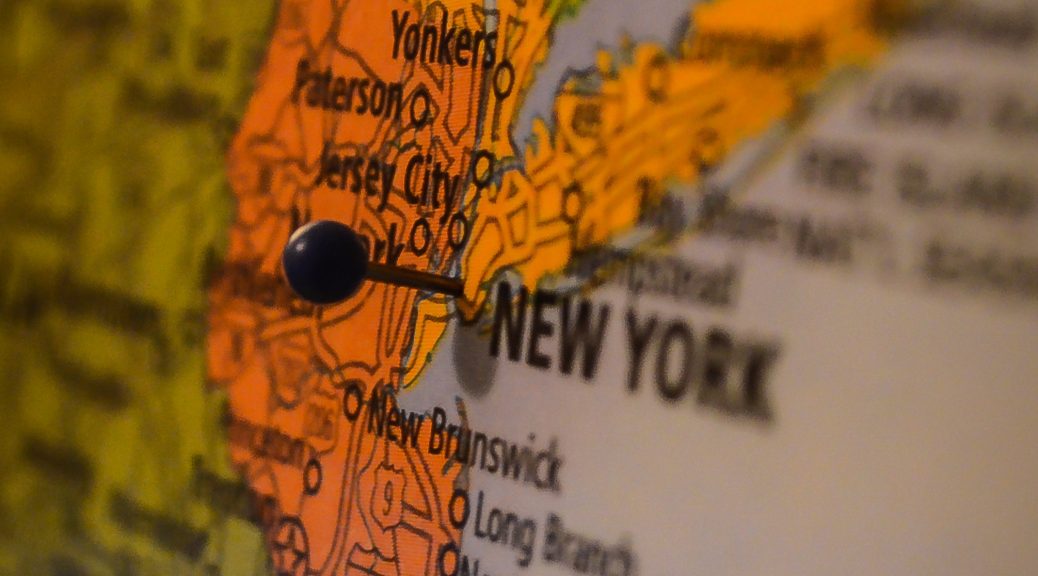 A report on Gabriele Lazzari’s colloquium presentation
by Rudrani Gangopadhyay

On March 19th, Gabriele Lazzari presented the first colloquium of the spring term on Junot Díaz’s place-based imagination and the scales of world literature. Gabriele explored how, in Díaz’s fiction, the local gets inscribed in multiple sites whose boundaries are blurred, leading to a complex shifting spatial imagination that constantly transitions from the microcosm that the characters inhabit to the macroscopic scale. Díaz’s fiction and historical imagination, Gabriele argued, is “place-based but not place-bound,” suggesting that while his works are deeply site-specific, they are not deterministically attached to places. Díaz’s fiction, as well as his own unique position within larger frameworks of institutional and publishing geographies, redefine the binary of the global and the local. His book belongs to the New York–based publishing sector; his educational background, too, is predominantly North American. These factors would usually shape his readership in a certain way. However, one of the unique things about Díaz is the invocation of multiple readerships in his works. On the one hand, he addresses readers who understand the smatterings of Spanish in his writing as well the Dominican cultural specificities. On the other hand, however, his works also invoke a kind of reader who treats literary objects as anthropological souvenirs. These multiple readerships complicate the already vexed dichotomy between the categories of the local and the global in Díaz’s works, which constantly oscillate between local groundedness and global circulation. Another way in which Díaz’s fiction redefines the scales of what should be considered local and global is by the ways in which he locates narrative and political histories. A single correlation of story-location is impossible in his fiction, as the Dominican Republic and the United States are relentlessly connected. Spaces cannot be thought of in isolation because they are a part of a larger entangled narrative totality—a spatially and temporally expansive whole. Personal histories and acting global forces become a way for narrative movements to be articulated in spatial terms, while the condensation of centuries of history within a single sentence does so in terms of temporalities. The use of historical depth and geographic expansiveness in the narrative marginal also naturally accompany questions of scale. In his presentation, Gabriele puts forth a question about how texts themselves are involved in scale-making. This happens in The Brief Wondrous Life of Oscar Wao, for example, where the narrative transitions between the microgeography of the home to the regional geography of New Jersey—as continents become inextricably linked with the archipelagic connection of Dominican Republic—lead to a kind of decontinentalizing in Oscar Wao’s world. The use of the Fukú americanus curse, so central to Díaz’s narrative, becomes an epitomization of the spatio-temporal expansiveness of his writing. Acting as a chronotopical force, it connects Africa, Latin America, United States on the one hand, and blurs the distance between Paterson and Santo Domingo on the other. The lines between the personal and the systemic too are blurred in the process. Gabriele concluded that Díaz’s mode of temporal imagination does away with place-bound essentialism despite having a place-based consciousness. His fiction articulates the rejection of nativist ties with places that Amir Mufti and Rebecca Walkowitz write about. Going beyond monoculture and monolingual notions of belonging and existing simultaneously in different cultural and linguistic geographies, Díaz represents these disruptions formally by creating intertwined fictive universes which are filtered through the voice of the localized narrator. Ultimately, Díaz’s place-basedness allows for a rethinking of the categories used to think of contemporary fiction. The presentation was followed by an enlightening round of questions and answers, pertaining particularly to multiple readerships as well as to multilingualism and translingualism. Gabriele also answered questions about whether Díaz should be considered a singular example of this particular kind of intervention in our understanding of the local and the global, or if he is part of a larger trajectory of contemporary writers. According to him, other writers like Bolaño might be a part of such a larger line-up, but Díaz is a very particular case because of his biographical position as well as they way in which he uses language in his works. Congratulations to Gabriele on his excellent presentation! We are very thankful to him for sharing with us a slice of his fascinating work, and we look forward to hearing more about it.