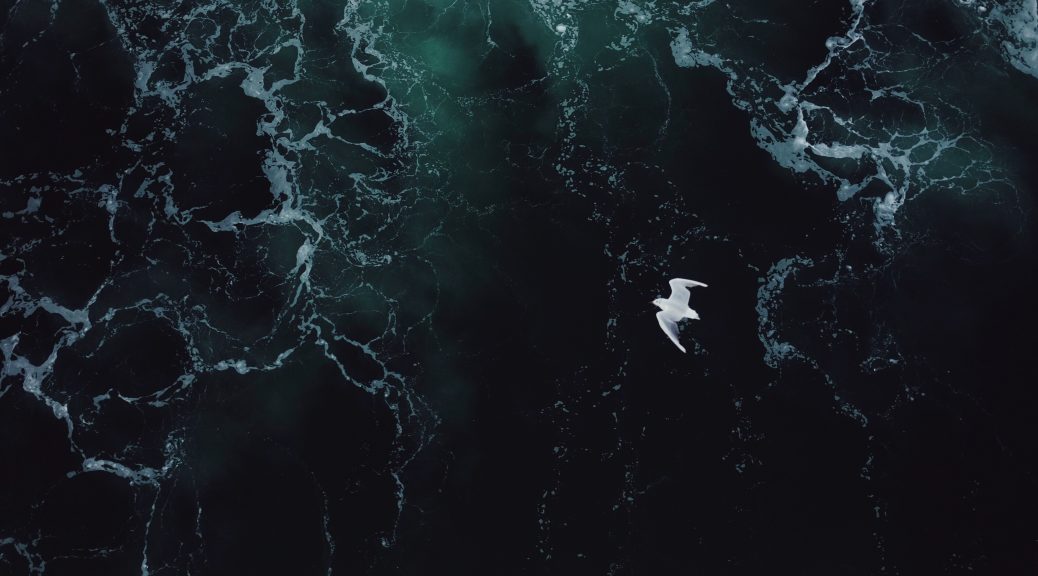 As the official Imperial Japanese Navy marching song from the Second World War played in the background, Comp Lit students and guests took their seats around the table, greeting each other and settling in for the third and final graduate student colloquium, one of the last big events of the semester. Comp Lit students had a chance to happily catch up with each other’s memories of the last few weeks. As Annabel would go on to explain, the marching music was used to mobilize the imperial troops during World War II, which tied into her paper’s overall discussion of military mobilization.

For Comp Lit’s third colloquium, Jeong Eun Annabel We presented an in-work chapter from her dissertation, titled “When the Divine Wind Blow on Ye: The Spirit of Bandung and Transpacific Becoming.” While resisting the easy joke that we were all blown away, I think it’s safe to say that everyone present was extremely impressed by the depth and breadth of Annabel’s research, to say nothing of the deftness with which she wove together numerous and disparate weighty concepts.

Focusing on the novel The Typhoon by Ch’oe In-Hun, Annabel explained that her dissertation, broadly construed, was about how the effects of military mobilizations are used to control movement, affect, and bodies, and situates the novel at a crossroads of thinking about decolonial movements across the transpacific. While Cold War structures have continued to exist long past the ostensible thaw—structures such as the military occupation of the Pacific and East Asia, the peninsula’s division into South and North Korea, and the cyclical threats of nuclear devastation that continue to this day, among others—the Pacific region continues to be erased even as it is strategized upon. Annabel’s dissertation, then, asks, what kind of work has to be forged out of imperial militarization towards decolonizing knowledge production? Beginning with the invocation of a curse from Shakespeare’s The Tempest to consider the wind as a colonial curse that brings one into conflict, The Typhoon returns to the 1940s to cast new light on 1970s Cold War regimes and, in doing so, decenters neoliberal modes of knowing and engages with the recruitment of colonial populations that were previously imperially mobilized. Written in Korean in 1970s South Korea, the novel is a work of speculative fiction/alternate history about an alternative historical trajectory that critically maps the nature of political and military mobilization.

Annabel’s intervention into this novel and its place within the process of decolonial praxis was to situate it at the forefront of several separate and significant political scripts. Each rewritten script functions as a theory of movement, performing the dual task of assessing the coloniality of military mobilization and offering transpacific becoming as an alternative movement towards decolonization and Korean reunification.

This literary analysis in and of itself would have been fascinating enough, but Annabel went on to situate the novel within and against the backdrop of the spirit of solidarity and decolonial movements (such as the Afro-Asian People’s Solidarity movement, Asian-African conference on Women at Colombo, Non-Aligned movement at Belgrade, etc.) inspired by the Bandung Conference in 1955. While both the political spirit wrought by the conference itself and the project attempted by Cho’e each had their limits, Annabel invited us to see how they both challenged historiography. The presentation concluded with the question: how could one have lived as if one has no regrets for the fact of one’s mobilization? Annabel suggested that the task is that of thinking mobility in the postwar juncture.