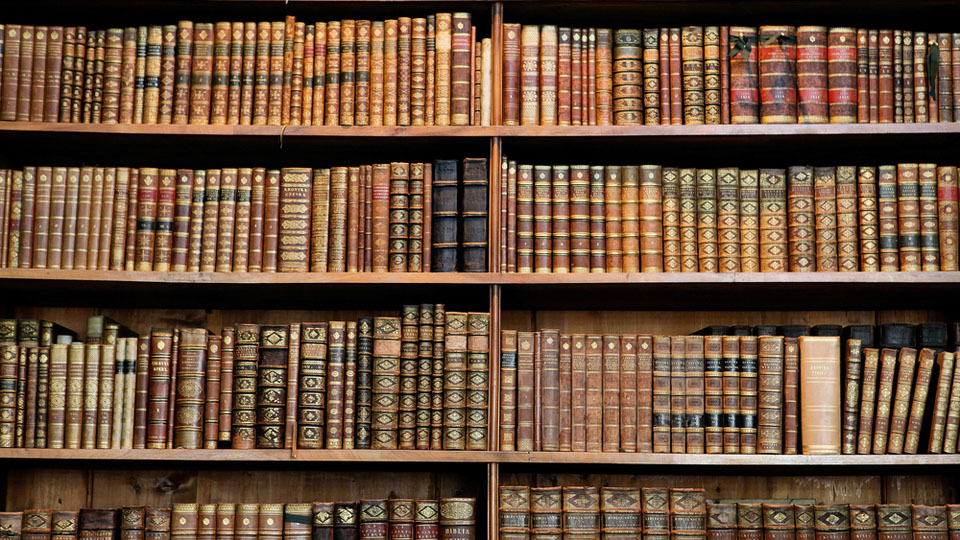 by Yingnan Shang, with editorial input from Rafael Vizcaíno 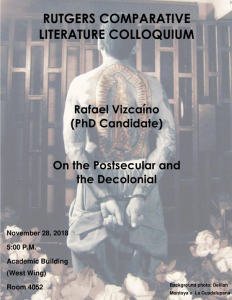 On Wednesday Nov. 28th, 2018, students and faculty from the Program in Comparative Literature convened on the fourth floor of the Academic Building for the second and final colloquium of the fall semester on secularism, postsecularism, and decoloniality by doctoral candidate Rafael Vizcaíno. Having just returned from a short stay at the National Autonomous University of Mexico (UNAM) as part of the inter-university Critical Theory in the Global South initiative (itself part of the International Consortium of Critical Theory Programs, funded by the Andrew W. Mellon Foundation), Rafael began by sharing his experiences concerning the ongoing dialogues between critical theory and decolonial thought and practice on both sides of the border.

These initial comments were appropriate prefatory remarks for Rafael’s presentation. It focused on part of a chapter of his dissertation on the theoretical relevance of philosophical, literary, and theological production of 20th and 21st century Third World thinkers and intellectuals of color, particularly women of color, around the question of epistemic decolonization. Rafael’s broader work investigates the discourses and practices of decolonization across disciplinary and categorical frameworks. The goal of his project is to systematize a transverse engagement across disciplines and beyond the institution of the university. Through this approach “new epistemic, methodological, and categorical frameworks can be crafted to understand the world-historical processes of today, in a way that such alternative scholarly practice does not reproduce the coloniality of knowledge, which has forged the academy as the sole producer of valid critical or scientific knowledges over the last five centuries.” 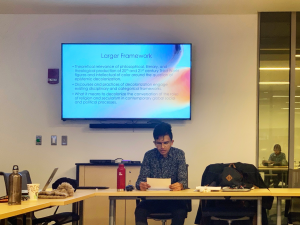 Rafael mentioned that the spark that ignited his research on the postsecular has been the rise of visibility and the connections between what is often called religious fundamentalisms and conservative political movements all over the world. Hence, his chapter is not a study on these recent historical developments, but a questioning of the epistemic frameworks used to talk about these and other related processes, such as processes of modern secularization. In particular, Rafael asked what it could mean to “decolonize” the conversation on the roles of religion and secularism in contemporary global social and political processes. Given the aforementioned rise of religious movements as political actors in the global public sphere, Rafael argued that scholars across the social sciences and humanities have accordingly started to re-think the idea that western modernity is no longer (if it ever was) “secular”. Many of these discussions have fallen under the umbrella of what has come to be known as “the postsecular turn” in method. While they have been very productive in unmasking the disciplinary and methodological limitations of secularity as an implicit presupposition of scholarly practice, according to Rafael, these discussions have had almost nothing to say concerning the connection between such disciplinary secularity and the “coloniality of knowledge”. This gap has allowed Rafael to position his own work as providing a decolonial intervention into the analysis of the postsecular.

For Rafael, perhaps no other intellectual formation has made as many strivings towards a decolonial critique of secularism as women of color feminisms have done. Accordingly, the second half of his presentation engaged the work of the Chicana lesbian writer Gloria Anzaldúa, particularly her concept of la facultad and the performative way in which it is theorized in her Borderlands/La Frontera. Rafael sees in Anzaldúa’s work an explicit attempt to make a “politically-committed and spiritually-rooted scholarly practice that dismantles the secular/religious divide in a process of epistemic decolonization that aspires to theorize and bring forth new forms of being and knowing beyond those available in modernity/coloniality.” In the work of Anzaldúa and other women of color thinkers such as Jacqui M. Alexander and Sylvia Wynter, Rafael sees a conceptual redefinition of the postsecular from the perspective of epistemic decolonization. In their works the connections between secularity and coloniality are made in a way that being postsecular necessarily entails decolonial thinking and doing. This is different from how postsecularity is discussed by mainstream European and North American philosophers, sociologists, and anthropologists.

Rafael’s talk was followed by a one-hour session of questions and answers where several topics were raised, such as the relationship between religion and spirituality, the secularity of close reading and its relation to decolonial and postsecular disciplinary practices, as well as the relationship between spirituality and irrepresentability. After a lively discussion and many insightful inputs from professors and colleagues alike, everyone proceeded to a table of food and wine and carried on with the philosophical ruminations. Many thanks to Rafael on bringing a revelatory topic to the evening, and congratulations to him on a very successful colloquium!