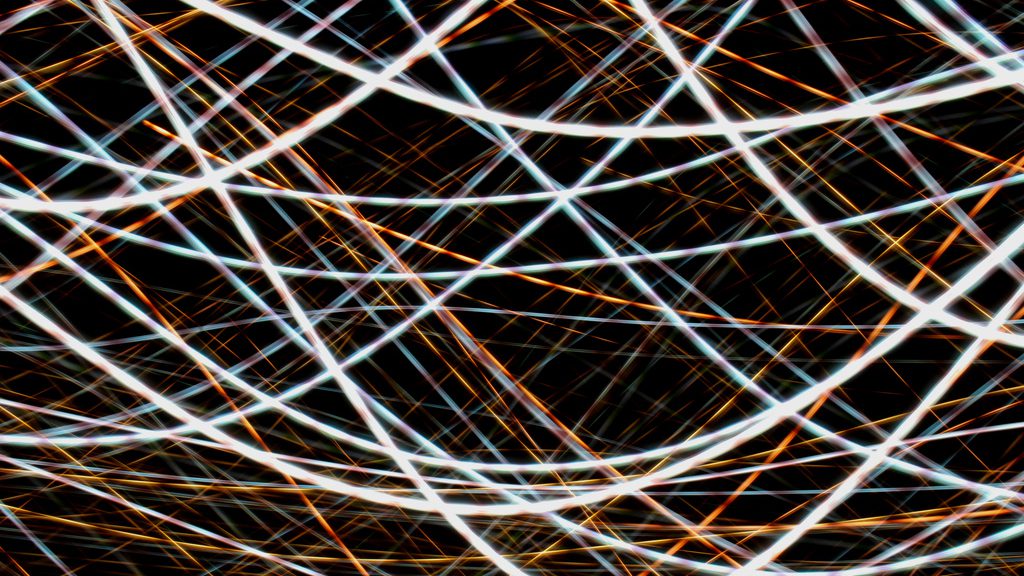 On March 28th, I attended “Global Africa, Migration, Literature, and the Arts”, a three-day symposium held at Rutgers University. I will focus in this blog post on two parts of the Global Africa conference that I witnessed. The first is a collective presentation led and written by Thato Magano entitled “Cacophonous Cognates: A Hybrid”, which he performed alongside Alexandria Smith and Paulina Barrios. The performance was also accompanied by the drumming of Roger Noguerol, with technical support from Gabriel Bámgbóṣé and Yuanqiu Jiang. The second part is the keynote lecture by the Glissantian Manthia Diawara, whose focus was a mediation on the importance of returning to the philosophy of Èdouard Glissant for our current moment. 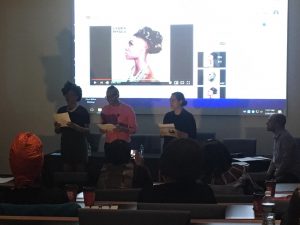 I listened to the performance piece “Cacophonous Cognates” not in order to try to understand it but to feel it as poetry. The choral qualities of the pieces that Thato Magano assembled reflected on our cosmic being, blackness, colonialism, love and endurance. The work transmitted what it meant to attend to the suffering and love of black people. Magano cited Christina Sharpe’s In the Wake, and in many ways the piece felt and communicated what it means to love blackness under conditions of its undoing. It spoke about a longing for the textures, beauty, and luminance of blackness; it honored the ancestors and black mothering; it limned in its multivocality the possibility of becoming, gesturing toward our collective and unbridled transformation.

After the performance, I listened to Manthia Diawara’s reflections on  Édouard Glissant and the poet-philosopher’s singularity— for Diawara Glissant is a philosopher who breaks from filiation, and he emphasized Glissant’s sans père(ness), his distance from Western philosophy of monotheism and root-identity (identité-racine), of an essential totalitarian Western understanding of being, in favor of a world in Relation. But beyond highlighting Glissant’s eminence, Diawara’s speech resonated with the earlier performance in a number of ways. For Diawara, Glissant is a poet whose poetic concepts touch on and illuminate a world not of self/other opposition but of an extension of the self in relation to the Other. This is the essence of Relation. Moreover, Diawara pointed to another key Glissantian concept that resonated with Thato Magano’s performance: the ethics of opacity. While opacity can be understood as a failure to reveal or make oneself transparent, for Glissant the right to opacity is crucial to identity and to resisting the will to dominate. It becomes crucial therefore, to paraphrase Diawara, to not only take note of one’s own opacity to oneself but to grant to others the impossibility of ever fully comprehending. This failure, however, should not be the cause of despair but should open the way to creating a different collective world beyond possessive drives to conquer and control what can be or exist.