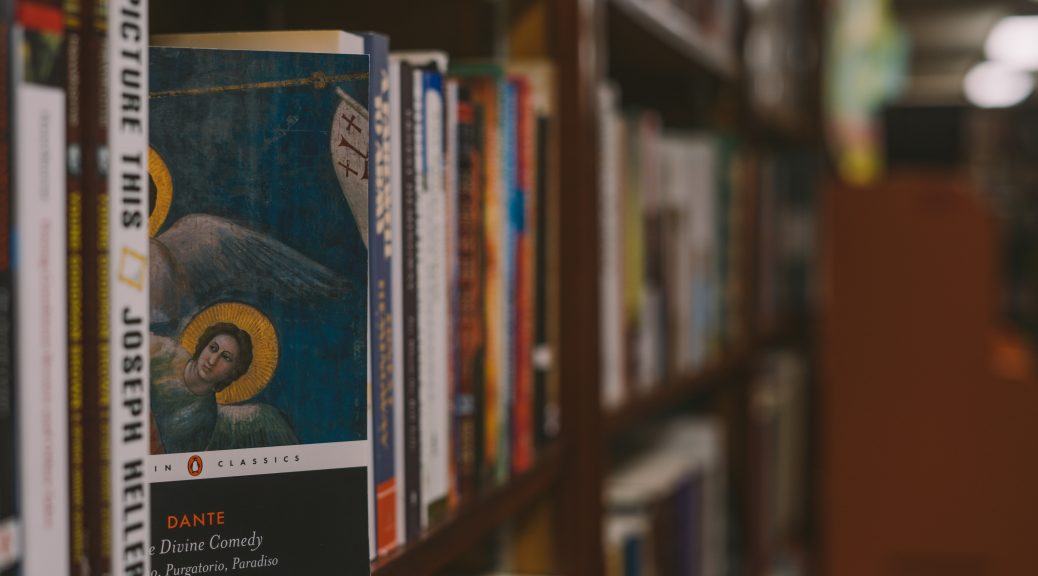 Ah, Constantine, what wickedness was born— and not from your conversion—from the dower that you bestowed upon the first rich father! 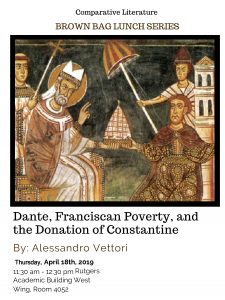 Several students and faculty had the pleasure of hearing Professor Alessandro Vettori’s presentation on Dante’s Divina Commediaand its relation to Franciscan poverty and the Donation of Constantine. Beginning with a brief encounter in Canto 19 of Inferno, Vettori recounted how Dante locates Constantine with the simonists, members of the clergy who are corrupted by money. In order to understand Dante’s critique, we had to travel to the 3rdcentury. Constantine was the first “Christian” ruler of the Roman Empire though he was only baptized on the eve of his death. Along with unifying the Eastern and Western halves of the empire and moving the capital to Byzantium (renamed Constantinople), he played an influential role in the Edict of Milan and the Council of Nicaea, which made Christianity legal and established a set of principles for the faith.

After sketching this history of Christianity’s first steps, Alessandro turned to a document known as the Donation of Constantine. This text recounts how the Emperor, after being infected with leprosy, was miraculously cured by Pope Sylvester I and, in thanks, donated the city of Rome and the western half of the Roman empire to the Church. For those of us unfamiliar with medieval studies, it came as a surprise when Alessandro promptly informed us that the document was a fake written more than 400 years after Constantine’s death. It was not until the 15thcentury that it was argued to be false however, and in the meantime had been used by the Papacy to consolidate and acquire power and wealth.

Dante, who was influenced by the newly formed mendicant orders such as the Dominicans and Franciscans, was critical of the Church’s wealth. He articulated this in many ways but also by calling into question the Donation of Constantine itself, arguing it was illegitimate because the Church was not entitled to receive property. Alessandro then drew some intriguing connections between Dante’s experience of exile from Florence and his affinity for Franciscan values of poverty. In particular, a coterminous text narrating the marriage of St. Francis with Lady Poverty as a spiritual allegory, shares similarities with Dante’s Divina Commedia. This literary journey was supplemented by several works of art Alessandro had chosen, representing the Donation of Constantine at different moments in time. The project, as Alessandro put it, is still in the early stages, but everyone attendant looked forward to hearing more about the topic.