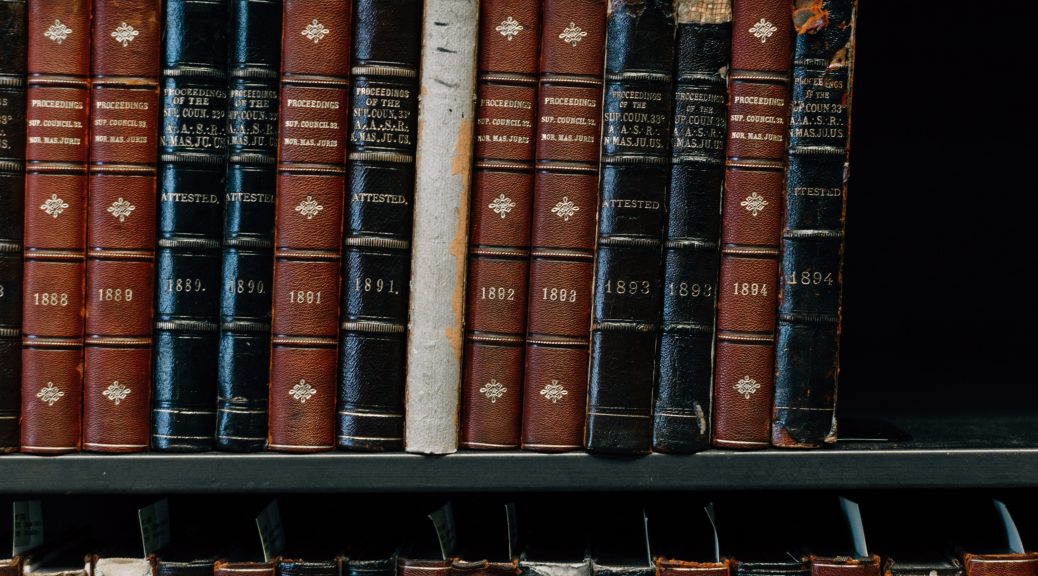 by Rafael Vizcaíno and Jeong Eun Annabel We 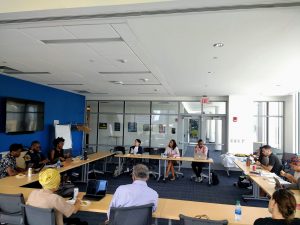 In fall of 2019, the Decoloniality Workshop entered its third academic year as an interdisciplinary space for junior scholars to share work in progress in a relaxed environment committed to the transformation of the academy. For the first time in its short history, this semester’s Workshop saw two thematically related sessions that speak to one of the research strengths of humanities research at Rutgers: the literary and critical production of Black women writers, in Africa and in the Caribbean.

On September 16th, Comparative Literature PhD Candidate Grabriel Bámgbóṣé presented a paper titled “In My Mother’s House: African Women, Poetic Literacy, and Radical Translations of Négritude Humanism,” which was loosely based on his dissertation project of the same title. Bámgbóṣé’s project makes an intervention into recent studies on the discourse of négritude by “investigating the active roles of African women in the radical translations of [negritude’s] humanist poetics.” According to Bámgbóṣé, African women have been traditionally excluded from historical and critical accounts negritude poetics. Their poetry, however, is “a powerful vehicle for critiquing the coloniality of life through radical translations of négritude that problematize its historical equivalence to a fixed geotemporality of thought.” In this sense, for Bámgbóṣé, African women’s contributions to negritude poetics enact several political, epistemological, and aesthetic shifts from what is conventionally taken to be the domain of négritude poetics. Engaging their literary and poetics works, Bámgbóṣé questions “the pervasive silencing of African women’s voices in the négritude debate.”

Alexandria Smith, Women’s and Gender Studies PhD Candidate, initiated the session’s conversation by acting as the official discussant. Smith encouraged Bámgbóṣé to make his own scholarly positionality explicit as he investigates the roles of African women in the advancement of negritude’s poetics. Smith also pressed Bámgbóṣé to further articulate how the suppression of these women’s voices happened: who did this and why? The remaining of the conversation with audience participants centered on the relationship between poetics and politics, the colonial production of racial and ethnic differences, as well as the very concrete ways in which women poets engage the silencing of their voice.

On October 7th, Bámgbóṣé and Smith switched their roles of presenter and discussant. This time, Smith presented her work, entitled “The Woman From Carriacou: Audre Lorde and Dionne Brand Respond to the 1983 US Invasion of Grenada,” and Bámgbóṣé served as the official discussant. Part of Smith’s dissertation, the paper engaged the writings of Audre Lorde and Dionne Brand on Grenada to articulate the relationship between body politic (diasporic, Black, lesbian, Caribbean women’s embodied experience) and geopolitics (the U.S. invasion of Grenada and  its imperialist and anti-Black violence). The paper considers how the strategies of writing from and on the human body effects diasporic reflections on the violence that Lorde and Brand witnessed, setting this writing apart from the dominant reportage on the invasion in news media. Smith suggests that their responses link “the Caribbean, Africa, Canada, and the United States as sites interlocked in a global, exploitative colonial and imperial network.”

Bámgbóṣé began the Q&A section by asking Smith on the literary dimensions of her paper’s analysis: for example, how does the authorial choice of the essay form shape Smith’s analysis of Lorde and Brand, considering the two authors’ prominent role as poets? And how might an allegorical approach to Brand’s text—“Nothing of Egypt”—lend itself to Smith’s analysis of the relations among individual and collective bodies? The ensuing discussion cohered around the question of allegory as a strategy of writing about collective trauma, clarifications on the relationship between body politics and geopolitics, and further avenues for engaging the Black feminist theories of the flesh through these texts.

Visit the Decoloniality Workshop’s website for news on its future programming, as well to catch up on any of its past events.