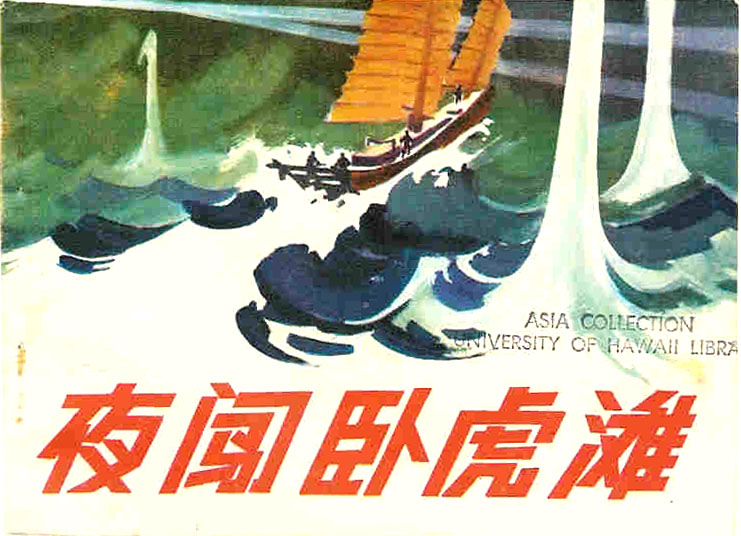 As a result of a generous grant from the Rutgers Center for Chinese Studies (RCCS), I was able to pursue research in the lian huan hua collections at the University of Hawai’i, Manoa, this summer—work which will set the foundation for my future dissertation research. The grant was used to purchase a plane ticket to Honolulu and a hostel in the city for nine nights, during which time I was allowed daily access to the special collections’ lian huan hua archive housed at the Hamilton Library.

Lian huan hua literally means “linked serial pictures,” and can be very loosely translated as “comics.” They were widely published in mainland China beginning in the 1920s, but reached their peak in the 70s and 80s following the Cultural Revolution—largely promulgated as a way to bring information to the illiterate masses. Because they were printed on cheap materials and made for mass consumption, originals have largely been lost. UH Manoa, however, holds one of the largest extant collections in the US, and I had the privilege of being able to access them during the latter part of the summer. While in the archives, I was primarily looking for depictions of mass mobilization among the people, as well as images of the impact of technology on labor. The lian huan hua were used as a tool of education and propaganda in the state’s move towards modernization, and as a result there were many examples of the impact of trains, mining, agricultural improvements, electricity, telephone lines, and shipping techniques on the development of the country, as well as their impact on individual lives. Of course, the lian huan hua were used as pedagogical tools, largely for children and the illiterate, and the narratives being presented are idealized in the extreme. This does not detract from their value as historical tools, however, and indicates the way that the publishers sought to establish and shape mass opinion of the nation-building process.

As my own research involves the impact of technology on laboring bodies and the way those bodies are subsequently mobilized, the lian huan hua collection was an invaluable resource. Its significance in presenting top-down propaganda about the state’s development following the Cultural Revolution indicated the way the national narrative would be shaped for many years and provided a valuable point of entry for further analysis. I am indebted to the RCCS and the UH Manoa special collections staff for allowing me the opportunity to access these materials. Many thanks!