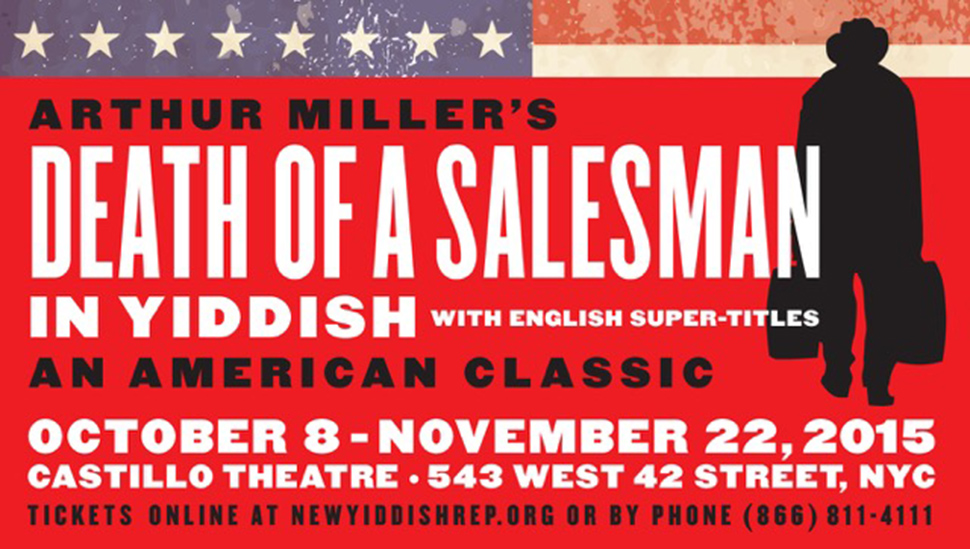 Shandler’s discussion focused on two recent productions that raise crucial questions about the the socio-historical and cultural negotiations involved in today’s performance of Jewish identity. The first work he focused on is Clifford Odets’s Awake and Sing, performed last year by the National Asian American Theater Company. Shandler discussed how the performance of this classic Yiddish play by an Asian American cast, in complicating a stable representation of ethnicity, asks for a redefinition of what constitutes both “Jewishness” and “Asianness.” The visual and embodied co-presence of these two identities complicates the distinction between what Shandler defined as “ethnic appearance” versus “ethnic essence,” or “ethnicity by consent” as opposed to “ethnicity by descent.” The second production discussed was Arthur Miller’s Death of a Salesman translated into Yiddish, with English super-titles in the background, by New Yiddish Rep. The company’s goal is to resist the disappearance of East European Yiddish theater. According to Shandler, their operation is vertical, since it is meant to recuperate a lost tradition from historical oblivion. At the same time it performs Yiddishness for a contemporary, often non-Yiddish-speaking audience (hence the necessity of English super-titles). Shandler defined the mode of this play “post-vernacular,” and discussed how the choice of performing it in Yiddish is a claim, on the part of the company, about the importance of language and ethnic performance over plot and content.

In conclusion, Shandler remarked how both plays flaw conventions of performing ethnicity and “seek to stimulate artistic and socio-cultural change.” The talk was followed by a discussion about other productions addressing related issues and potential areas of developments for this very promising project.