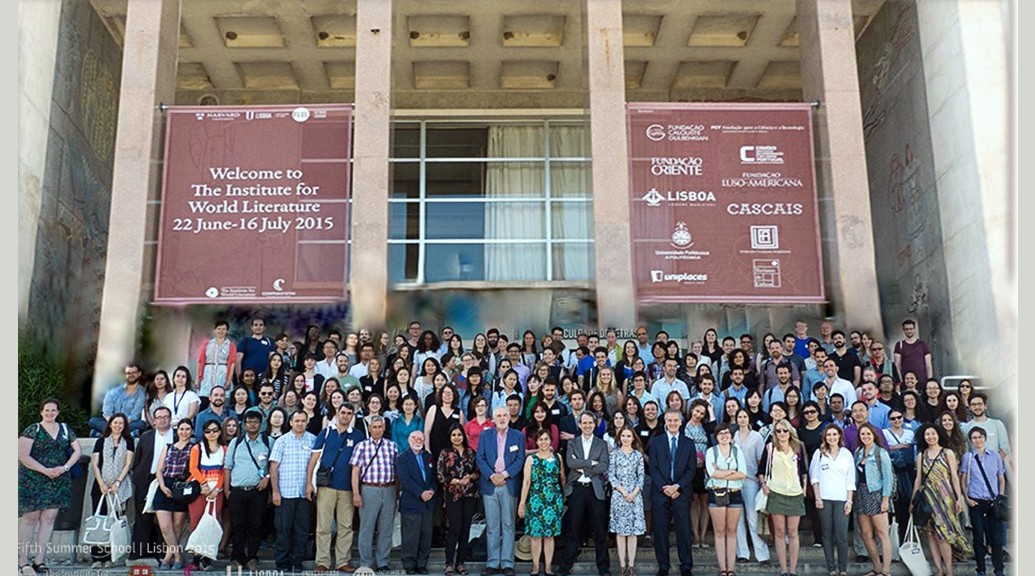 The Institute for World Literature, created in 2011 thanks to the effort of a group of professors and scholars interested in the burgeoning debate around World Literature, was held in Lisbon, Portugal, from June 16th to July 22nd. Organized by Harvard University, and directed by David Damrosch, the Institute meets every summer in a different location, drawing together a wide-ranging academic community for an intense month of lectures, debates, and seminars. 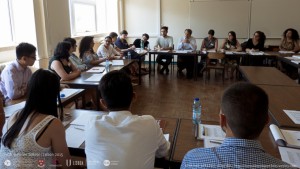 Rutgers, as one of the founding institution of the Institute, has contributed to its development and success, and, since its inaugural session, has funded several students to participate in this intellectually stimulating experience. For graduate students in Comparative Literature the Institute has been particularly rewarding, given its global focus.

This summer I had the opportunity to be in Lisbon for a month and be part of this vibrant event, which I found challenging and intense, and yet, extremely friendly and welcoming. I attended two seminars (each lasting two weeks). Thanks to the diversity of the students and to the enthusiasm of the professors, who listened and coordinated very different takes on the readings assigned, I engaged in lively and inspiring discussions, which have helped me delve into questions that will be crucial for my future research. 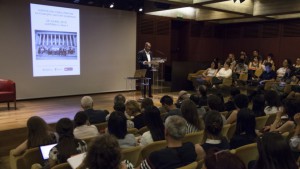 Apart from these intense seminars, students and scholars had the possibility to be part of an “Affinity Group.” Depending on one’s specific interests related to World Literature, every participant could choose a group and get together, rather informally, with other students working on similar topics. I personally chose “Poetics and Politics of World Literature” where I presented a paper (everyone is asked to do so) and received extremely interesting feedback. The organization and rationale of these groups is ideal, since every student is given the opportunity to share his or her work as in a conference, but without its formal and (potentially intimidating) setting.

In addition to these activities, the Institute hosted several lectures by prominent scholars of World Literature and by poets and writers, along with panels focused on relevant contemporary debates in academia, such as publishing and program design. 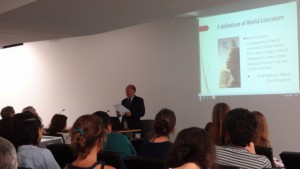 The cultural activities and optional outings offered by the Institute, as well as the touching beauty of Lisbon, made this experience extremely rewarding and fun. The readings, discussions, and lectures have already helped me develop ideas and questions that I will continue exploring. Finally, the Institute has given me the opportunity to build a solid network of professors and graduate students from several cultural and academic backgrounds with whom I hope I’ll continue to be in conversation. 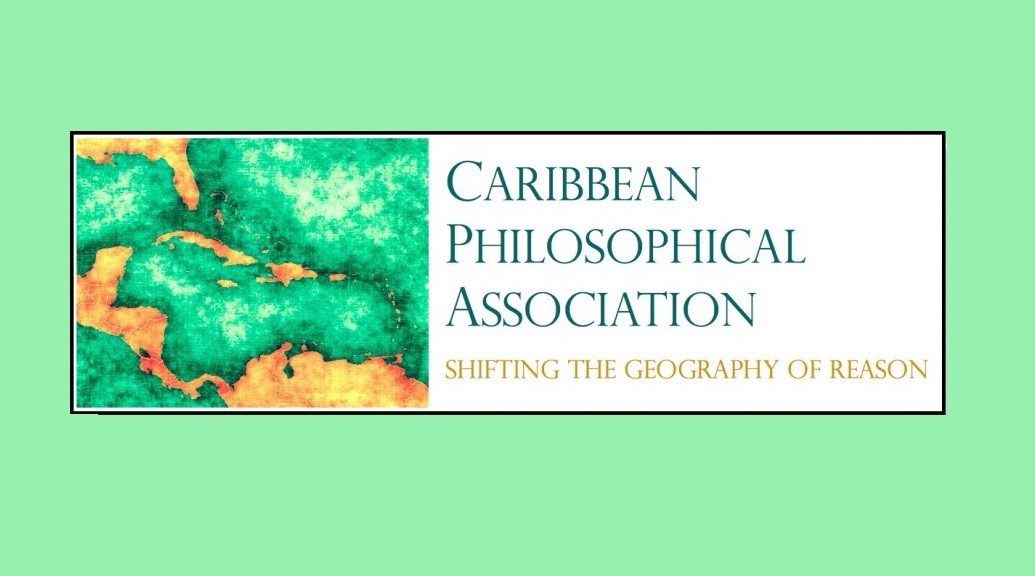 During the month of September, the magazine will feature a series of stories about Comp Lit graduate students’ summer research activities. See the first article below and check back for more stories throughout the month.

Early this summer, Comp Lit graduate students Jeong Eun Annabel We, Rafael Vizcaíno, and Bernabe Mendoza attended Caribbean Philosophical Association summer school. CPA hosted its inaugural summer school at University of Connecticut from May 31st to June 6th, 2015. Organized by Jane Gordon, the summer school invited senior scholars from different institutions who have won the CPA Frantz Fanon prize for their books in the past (this year’s participants were Oscar Guardiola, Paget Henry, and Drucilla Cornell). Annabel found the CPA a rewarding experience: “the CPA offered a rare, intimate setting.” Bernie agreed, saying, “the Caribbean Philosophical Association Summer School is a great and much needed risk-taking enterprise aiming, as it does, to bring together a diverse group of scholars interested in creating new avenues of knowledge outside the hegemonic, institutionalized ones. I found the discussions both in and out of the classroom intellectually stimulating and inspirational. Best of all, I found my outside readers for my dissertation–amazing scholars of color who are not in any way your conventional, clichéd academics, and who support and are wholly enthusiastic about my project. I recommend the summer school for students whose work thinks greatly outside the proverbial (philosophical) box.”

Each day of the summer school began with a seminar on a senior scholar’s pre-assigned book in the morning, followed by a lecture by the same scholar, and ended with a social activity. There were many lunches and dinners at which student participants could discuss the seminar material and their own research interests with each other and with senior scholars, as well as with other participating junior faculty members.

The summer school focused on Africana philosophy, Amerindian philosophy in the neoliberal world, challenges within Caribbean philosophy, and uBuntu, but sparked many other relevant discussions along the way. Rafael, for instance, “principally attended the CPA summer school because I wanted to establish intellectual and professional connections with some of the leading exponents of the ‘decolonial turn’ in philosophy, political, and critical theory. [Paget Henry’s] entire project is to put Africana philosophy on the table of philosophical discussion, a long and arduous project he has successfully endeavored for decades. I myself am an admirer of Henry’s critique of Jurgen Habermas (that Habermas doesn’t understand the importance of myths as knowledge-constitutive) and I would like to write a paper in the future about myth, Africana philosophy and Enrique Dussel’s philosophy of liberation. Overall, I am now more prepared to continue my own graduate scholarship at the intersection of Latin American/Caribbean and German critical social and political thought.” Annabel added, “I find that I walked away from the summer school with much more than I had initially expected. I had come to the summer school hoping to understand Caribbean philosophical discussions better, but I had come away with not (only) an area-based understanding of my research questions but clarifications and new developments of topics such as montage/mobilization, confession, stasis, and futurity, and most important, an academic community in which I would like to continue to take part.”